Phillipus Johannes Engelbrecht
Ward 4
My wife is in ward 4 and there is now help at all. I was there last night the sister ask everyone how they feel but never talk to my wife. My wife can't get out of bed so she must wash in bed they don't bring water for her to wash. They just left my wife like that. Is it because we are white that we get this tip off service it looks like this. Where is the right to all people health care. It does not help doctor do they part and the sisters don't do there's. So discrimination is in our hospital and there's nothing been done to it and the hospitale is like a pice stale.
Comment
COMPLAINT #2583 - Service Issues

silvy joseph
BAD ATTITUDES FROM SECURITY, NURSES AND DOCTORS
It was about 2:30am on 10 October 2018 i too my very ill sons into Casualty. Upon arriving at the hospital being my first time with my son i had to ask around about the procedure. The non nonchalant security pointed me toward a group of nurses some on their phones while others just gave me that "what do you want look".
After telling them the reason for being there first gave me the wrong place to go and wait for the doctor. they witnessed that my son could not walk upright. after waiting for 20 minutes a sister dragged herself to take his BP, than told him to get urine which was difficult at the time because of the pain, but he eventually gave her the sample. I being the mother was extremely concerned and not knowing the procedure i waited with him when one sister came and said to me quiet rudely that i have to wait outside so outside was just out of the room where my son was eventually she said not here there outside, pointing to the door. she said i could check on him occasionally. when i went back after 1/2 hour my son had not been attended to, than again an hour later a doctor stood at his bed and sorted on waived me away that she was still busy with him. i later later went in he had a drip but it was finished 15 minutes earlier with no one checking that the blood had clocked the drip, eventually after 2.5 hours my son was discharged with pain killers when i asked the nurse what was the diagnosis she turned to my son and said why did you not ask the doctor and turned her back. My son still in pain was shocked at her response. we left the hospital with no improvement in his condition.
After paying R110 and waiting for that time i took my son to a GP and had to pay another amount. Now the money is not the issue but their attitude and rudeness towards people that are really needy.
Even the admin staff when greeting looks down on a person as if they own the place.
i pray to God that i will never be in that situation again to be humiliated and insulted by public servants who should service the general public.
Reply by Lucas Mamba Lucas on 3 December, 2019
I was in the hospital checking my brother we have take him to the bathroom at ward 4 we found guys smoking weeds we have reported to the police officer who was sit by the they did not do anything
Comment
COMPLAINT #1606 - Service Issues

Elize
Unprofessional and extreme rudeness
My dauhter has been at the emergency section a few times in the past 2 weeks. Every time rudeness is applied to patients and service is poor. Sick/dying people lef5 unattended and no decent communication.
Comment
COMPLAINT #1577 - Customer Service Issues

Lerato mthembu
Pregnant mothers made to sleep on the floor and rude nurses at ANW
To whom it may concern, I am a pregnant mother admitted in FER hospital for labour, firstly iam a high risk patient, I had two miscarriage and one still birth, first of all the doctor that saw me was drunk, his surname is Doctor musomi, then I was admitted to labor the nurses are rude, they told us straight that we are going to sleep on banches and it's not their problem, one of the nurses who was rude is sister Zanele Zungu, her other colleagues did not put their name tags, can u imagine being pregnant and sleeping on the bench, please help because we are being treated like dirt yet they get paid, the team that was working on the 16-04-2018 from morning need discipline, they seem to forget why they are here. 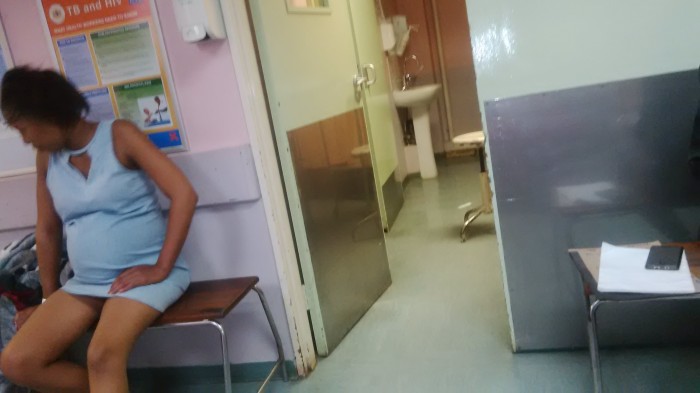 Be the first to get an email notification when this business gets consumer complaint or bad review.
2 subscribers