Nicaela owies
I WAS SOLD OLD PIES
So I went to go buy 3 pies for myself, fiance and my daughter, bare in mind I am 3months pregnant,thos was at the STEENBERG STORE we ate the pies I kept saying it doesn't taste or smell right we ate some more and eventually stopped everything was so sour by this time I was already at home and when I called the store about 20times there was no answer REYLENE cable is the lady that served me and due to this my family is now sick with food poisoning
Comment
COMPLAINT #2770 - Product Issues

Rudzani Nekhavhambe
robbery
I went to pie city Southgate yesterday, I asked for a regular pie which was written as R21 she says there's no regular there's only small, she gives me the pie I gave her R200 note which she gives me change R177, I started counting the coins then while busy with the other customer she says its R7 coins, Im like how much is a pie? its it R21. 99 she says yes, the look on her face was like as if everything its international, I then left thinking to my self I wonder how many R2 she is taking from customers, was tired as it was late, just before they close, so I didn't have energy to fight with her.
Comment
COMPLAINT #1989 - Customer Service Issues

I'm 6 months pregnant and had cravings for a chicken n mushroom pie..so I decided to purchase one from west street..when I got to work I decided to have it..whilst eating it i found a long black hair in it..and this is the second time..previously I found a grey hair and had to throw my pie away..I'm not a person to complain but because this happened the second time I had to bring this to your attention..I did not contact pie city because i knew nothing will be done so i decided to to write to yourl..hoping you would find a solution and look into this matter..the Baker should take more precaution when making pies.. this is very unhealthy..not all people look at what they eat .. 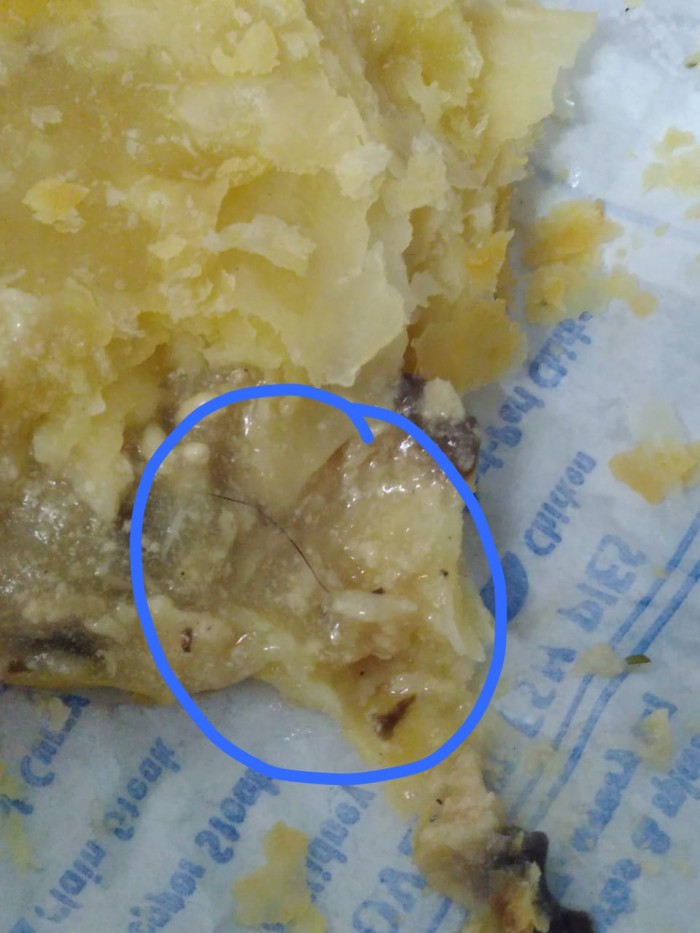 Be the first to get an email notification when this business gets consumer complaint or bad review.
0 subscribers